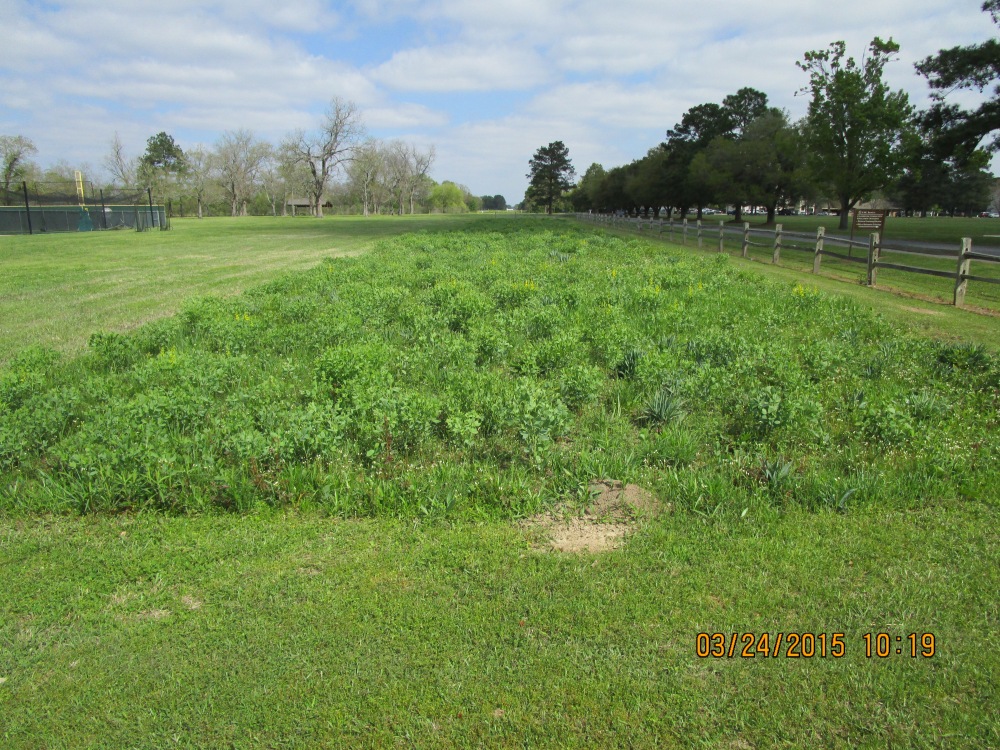 The Louisiana State University Eunice (LSUE) prairie garden in mid-March. The LSUE project was originated by Charles Allen and Malcolm Vidrine under the auspices of Chancellor Michael Smith in 1990–a year after the Cajun Prairie Restoration Project in Eunice. 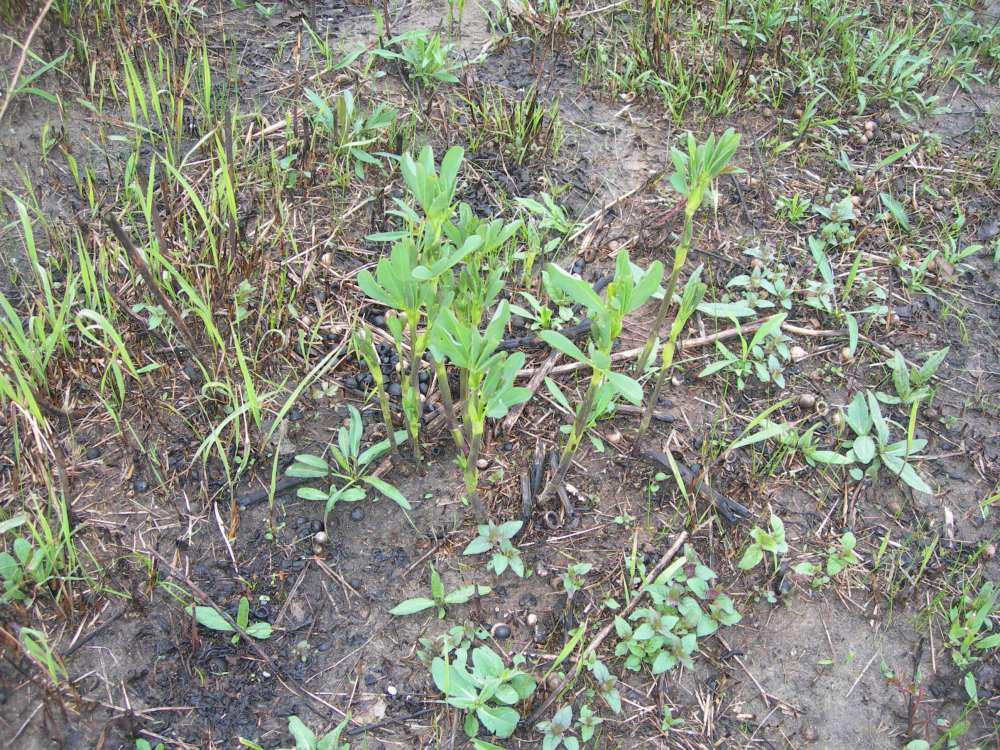 Basal rosettes and sprouts in early March. Baptisia sphaerocarpa (Yellow wild indigo) is in the center, Monarda fistulosa (Bee balm) in on the middle bottom, and several grasses and other forbs are scattered about. 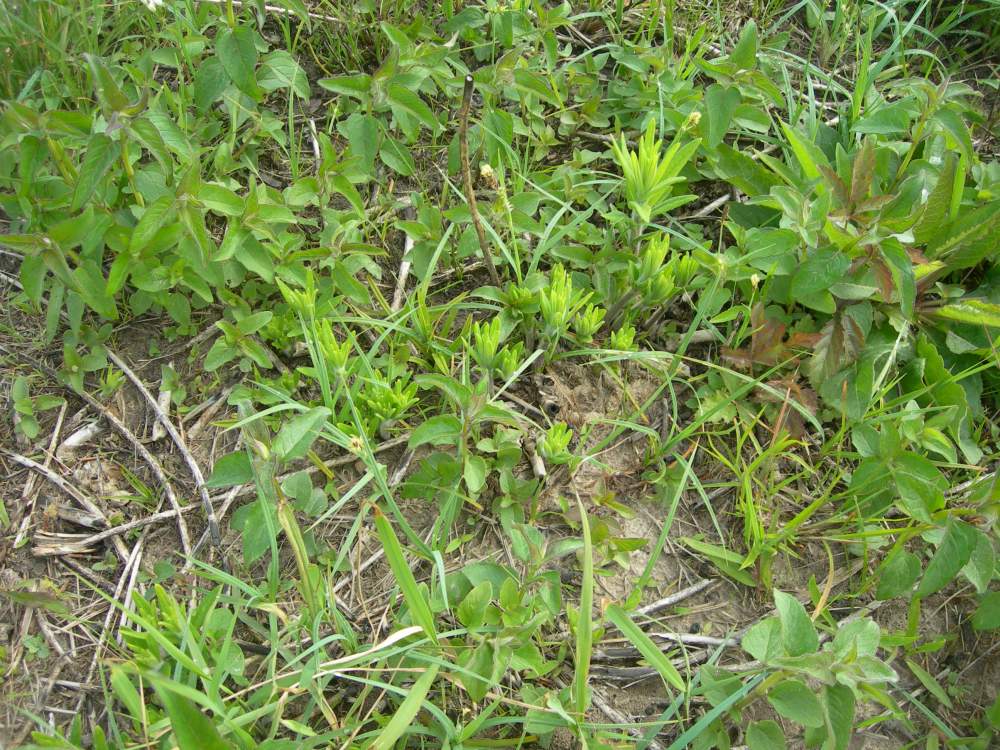 Late March sprouts of Asclepias tuberosa (Butterflyweed) at the center of the view–other plants are sprouting and filling in the view. 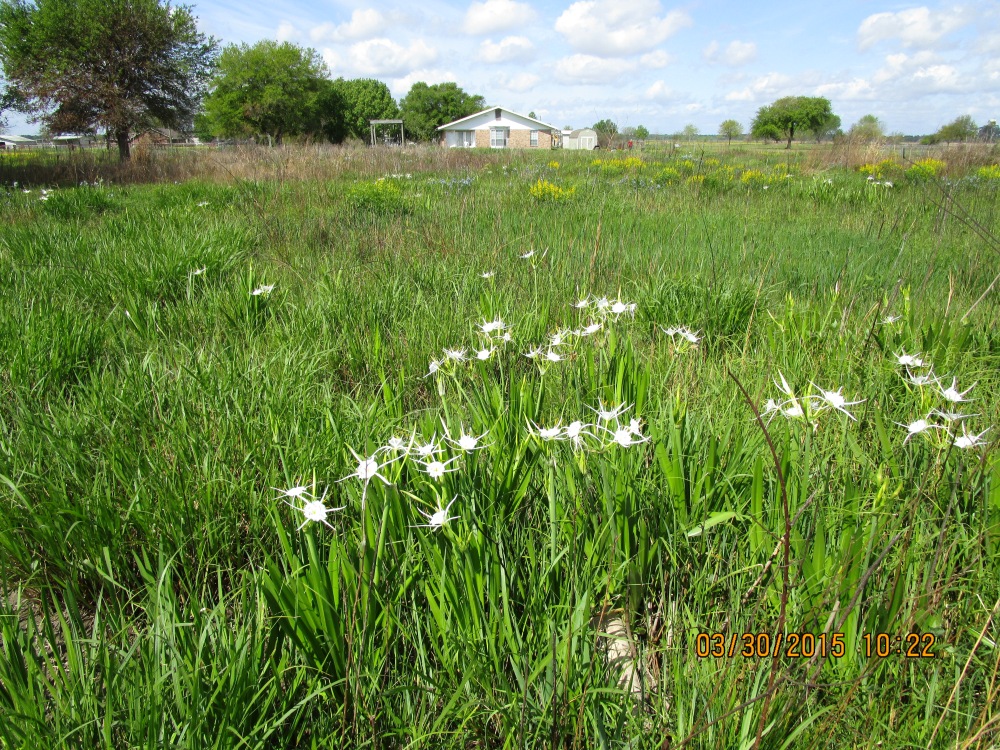 A view of a portion of the Cajun Prairie Gardens centering on the cluster of Hymenocallis liriosme (Fragrant spider-lily)–this is the first day of the year that I estimated a million obvious flowers were blooming; however many are smaller than these huge spider lily blooms.

March is the month that the prairie literally jumps out of the ground. By the end of March (March 20th in warm years), the prairie is roughly one foot tall, green and vibrant with one million flowers blooming each day in the Cajun Prairie Gardens and probably many millions more in the Cajun Prairie Restoration Project in Eunice. ‘A Million Flowers a Month’ is a potential subtitle for the book, as this condition lasts through the year until early November and in warm years probably until the first day of December. Really, it should be a million flowers a day, but the ‘million flowers a month’ because it rolls off the tongue more pleasantly.

The month begins with basal rosettes, which appeared in February, taking on their identities and flushing out new leaves and in some cases flowering scapes and flower buds. By mid-month, the entire surface of the prairie is readying for the first flush of flowers. Early bloomers are apparent including Nothoscordum, Houstonia, Coreopsis, Tradescantia, Claytonia, and more.

Counting species using basal rosettes within areas, e. g., quarter meter square, gives you an idea of diversity. In these gardens, an average of 10 species is found, while in the prairie remnants, an average of 40 species is found; thus these gardens may look like prairie but they are at best about 25% as diverse per unit area. Nature is so much more than we can conceive.

I am reminded of the drop of water examination in a general biology class, where we as students each brought in a water sample from a pond or ditch or stream for examination. I expected a few small items, but the drop was filled with dozens of different kinds of organisms. As a grownup, I had the opportunity to study mosquito populations in rice fields as a research scientist. I routinely brought a hand lens and bottles with me. I was using a white dipper to count mosquito larvae—a standard practice—and the white dipper served as an excellent background to see thousands of other living things in the water. I brought samples back to the lab and identified the various protists, rotifers, insects, mites, clam shrimps, cladocera, worms and much more. I (with my friends Roy E. McLaughlin and Osborne R. Willis)  was even lucky enough to discover a new species of colonial rotifer that I named after my college professor who guided me toward my Master’s Degree, Dr. Nell Causey. The species is now known as Conochilopsis causeyae—and is now considered a new genus as well. This rotifer is considered to represent an ancestral group to the other colonial rotifers and is only known from Louisiana, Texas, Arkansas and New Zealand—the latter record is not mine.

A similar condition exists for soil—microscopic examination of a teaspoon of soil from a natural habitat contains thousands of species and millions of organisms from bacteria to fungi to minute protists, algae, and animals. We literally have no idea as to the true diversity underfoot—but we can start to recognize the diversity among our organisms that resemble us in size and work our way down to the microscopic.

A final comment on the large pea plants known as the wild indigoes or pock-pock plants–their leaves were used to dye eggs a canary yellow for Easter pocking activities–I always think of these as my Mom did in that these are the signs of the Easter season. Large plants of Baptisia spp. (wild indigo or false indigo) often obscure many of the smaller plants. Their blooming spires, usually erect, are lupine-like (B. sphaerocarpa). Less obvious and more likely found in gallery forest edges is a less spectacular species (B. nuttalliana). These early species are yellow in color. One species, B. bracteata, has several varieties with prostrate spires with blooms literally laying out over the surface of the ground—these are extraordinary and actually my favorite among the group. Baptisia australis, the famous blue flowered species, is found in north and western prairies but not in the Cajun Prairie. Its close relative, B. alba, has white flowers and has an affiliation with wetter parts of the prairie, although it grows well in the drier locations in my experiences. In the gardens, these species appear to hybridize producing some interesting sports that may become good garden varieties. The prairie has numerous plant species that have become garden plants in the horticultural industry—knowing something about the lineages of these plants gives the gardener a sense of understanding how man and nature can interact to produce beautiful and useful plants.